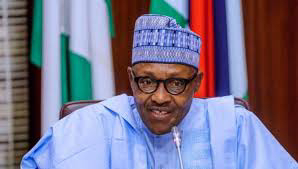 President Muhammadu Buhari has expressed "overwhelming joy" over the release of abducted female students of the Government Secondary School, Jangebe in Zamfara state.
President Buhari's Senior Special Assistant on Media and Publicity, Garba Shehu, disclosed this in a statement titled "President Buhari celebrates the release of abducted Zamfara female students, calls for greater vigilance."
Garba  quoted the president as saying that he is excited that the abducted schoolgirls' ordeal came to a happy ending without any incident while also calling for greater vigilance and intelligence gathering.
The President reiterated his stance against ransom payment. He tasked security personnel  to go after the kidnappers and bring them to justice, saying "ransom payments will continue to prosper kidnapping."
Although, Bello Matawalle, the Zamfara State Governor, has insisted that no ransom was paid for the release of the schoolgirls.
The governor, who put the number of recovered schoolgirls at 279 as opposed to 317 schoolgirls reported to have been abducted from their school last week Friday, said the students were recovered with the help of repentant bandits.
If the reports that at least 317 schoolgirls were abducted from their school, and seven of the girls escaped from the bandits as earlier reported then there are strong indications that at least 31 schoolgirls are still missing.