June 10, 2021
The federal government has directed all broadcast service providers and social media platforms operating within the Nigerian space to apply and obtain licence for their services. 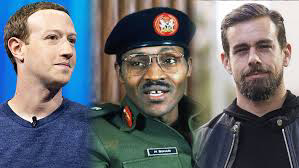 The Minister of Information and Culture, Alhaji Lai Mohammed, said platforms like Twitter, Facebook, Instagram and others must now be registered in Nigeria.
He revealed this to State House reporters after the weekly Federal Executive Council (FEC) at the Presidential Villa, Abuja, on Wednesday.
A document released by the National Broadcasting Commission (NBC) said the decision to direct social media platforms to register was based on the laws of the Federal Republic of Nigeria.
Findings revealed that in addition to Twitter and Facebook, the latest directive from NBC has made it mandatory for the likes of Reddit, Snapchat, Tiktok, Disqus and other platforms to get clearance before operating in Nigeria.
Daily Trust could not establish whether the federal government would block the social media sites and the timeline during which they must comply with the directive.
An advertorial by the NBC seen by this newspaper reads: “In line with the provision of the National Broadcasting Act CAP N11, Laws of the Federation 2004, Section 2(1)(b)(i), which says ‘The commission shall have the responsibility of receiving, processing and considering applications for the establishment, ownership or operation of radio and television, cable television stations including cable television services, Direct Satellite Broadcast (DSB), and any medium of broadcasting.
‘The National Broadcasting Commission hereby directs every Online Broadcast Service Provider and Social Media Platform operating within the Nigerian State to apply and obtain Broadcast Licence for their service.’”
The media platforms were directed to send their applications to the director-general of NBC.
They must also register with CAC
A credible source at the Federal Ministry of Information said Nigeria was trying to get its act right.
“Besides obtaining licence from NBC, all the social media platforms must also register with the Corporate Affairs Commission (CAC) and you know what that means.
“The requirements would include having an office in Nigeria and all details that would help in collecting taxes from them. The so-called Twitter war is an eye-opener for us.
There are over 40 million Nigerians who are twitting and supporting advert revenue for the so-called tech giant but they don’t pay us anything.
“This fight has opened our eyes and indeed God has opened our eyes. The media giants have been short-changing Nigeria for long…We are just rediscovering ourselves and the monies we would generate in the nearest future is much,” he said.
Asked if they will win the war, the source said, “Why Not! This is an international best practice…Twitter and the rest pay tax in the US, UK and other countries but they don’t care about us, they don’t care about our laws even though they are mindful of our big market. Nigeria is a big market that no serious investor will ignore and it is our responsibility to take part in designing the ground rules.”
Twitter doesn’t pay tax to us — FIRS
The Federal Inland Revenue Service (FIRS) has said Twitter does not pay tax to it.
A director at the FIRS told Daily Trust that the service is yet to “device a way to tax online transactions.”
Source: Dailytrust