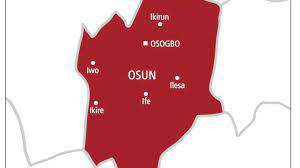 At least Fourteen persons were killed in Ilesa-Akure express road accident on Saturday, while two persons were reported dead on Gbongan-Osogbo road in Osun State Yesterday.
Mr Paul Okpe, The Osun Sector Commander, Federal Road Safety Corps, FRSC, in a statement by Agnes Ogungbemi, the command spokesperson,  yesterday, said the Ilesa-Akure road accident occurred at Powerline area in Ipetu-Ijesa around 5:30pm, on Saturday.
Mr Paul okpe said apart from the six children killed in the accident, four males and some females also died, while two others were injured.
He added that an articulated vehicle (Howo-Sinotruck) with number plate, BAU 171 ZE, collided with a Toyota Siennawith number plate, KRD 842 GY.
Okpe said: “We received a distressed call at 5:40pm, on Saturday evening about an accident on Ipetu-Ijesa-Ilesa Highway, involving two vehicles.
“Our men arrived at the location at 5:50 pm and met dead bodies at the scene. We evacuated the deceased to the nearest morgue at the Wesley Hospital in Ilesa. We also took the four injured persons to the hospital.”
However the incident, yesterday, involved a Previa mini bus with number plate, GNN 57 XD, and occurred around Niger Cat dockyard, Gbongan at 12:40pm.
Okpe who blamed the incident on loss of concentration by the driver, said two persons died while five others were injured.
Mr Paul okpe added that the injured victims were taken to private hospitals while the dead victims were deposited at the Obafemi Awolowo University Teaching Hospital in Ile-Ife, OAUTH, morgue.