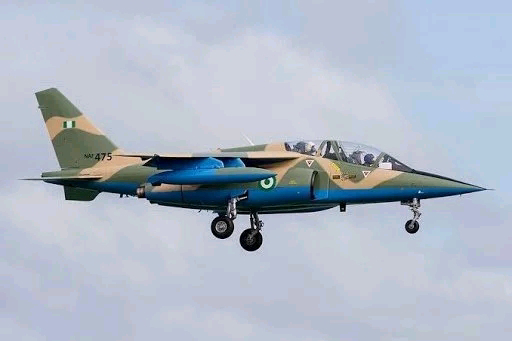 There was controversy on Sunday over the reported crash of another Nigerian Air Force Alpha Jet in Kaduna State.
A source from NAF, who spoke with The Nation said: ”I can tell you there was a crash, It involved an Alpha Jet, I can also tell you that there was no casualty, The pilot was able to eject before the crash",The source said.
“The jet which departed Adamawa State, was on a mission to fight against bandits in Kaduna State.”
He added that rescue parties had been despatched to search for the fighter jet.
The NAF source noted that there was no casualty in the accident as the lone pilot of the fighter plane parachuted to safety.
But in contrary, Air Commodore Edward Gabkwet, The NAF’s Director of Public Relations and Information (DOPRI), said the headquarters had not received any operational report of a crash of its aircraft.
Gabkwet added that no alpha jet left Yola, Adamawa State, where the jet was said to have taken off to Kaduna for an operation against bandits in Birnin-Gwari Local Government Area.