Banditry: Suspend the Governors and their states lawmakers, declare state of emergency in kaduna and others -Army General tells Buhari.

July 16, 2021
President Muhamnadu Buhari has been advised to declare a ‘proper’ state of emergency in Kaduna as well as six other northern states where terrorists and bandits have been engaged in gruesome killings and mass abduction of people for ransom on a daily basis. 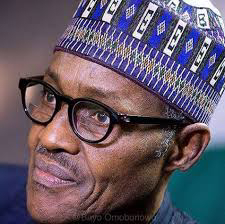 A security strategist and former Provost Marshall of the Nigeria Army , Brig. Gen. Idada Ikponmwen, who gave the advice in an exclusive chat with Saturday Telegraph, said that apart from Kaduna, which appears to be the epicentre of banditry, Niger Zamfara, Katsina, Borno Yobe and Adamawa states should be placed under ‘proper emergency rule’ without any further delay.
Ikponmwen said that having assessed the security situation in these seven states and observed the apparent helplessness of their respective governors to cope with the challenges, the most logical option left is for the President to suspend the existing political authorities in these states and appoint military administrators to take full charge of their affairs for a given period. In specific terms, he recommended that the President makes a proclamation suspending the Governors and State Executive Councils as well as the Houses of Assembly in these states to avoid conflict between them and the new authorities whose mandate would be to flush out the terrorists and bandits and restore law and order in the states.
Ikponmwen said that while these measures may appear drastic, they remain the only viable option left if the Federal Government is committed to ending the state of insecurity in those states. He argued that given the worsening dimension the crisis of insecurity had taken in the North East, North West and North Central regions, the Federal Government cannot afford to continue handling it like ‘business as usual’ even as the cancer spreads to other parts of the country. “We’ve called for a state of emergency in Kaduna before and nothing has changed. In fact, the situation is worsening.
It is now on a daily basis that we hear of killings and abductions in Kaduna. I think that the government of that state is evidently helpless and that is very sad because, the essence of government is the security of lives and property.
“So, if we’ve reached a situation where we now have Boko Haram, bandits and killer herders running riot all over the state; a traditional ruler and members of his family were abducted about a week ago. He was lucky to have been released probably to go and look for money to pay ransom for the others who are still in captivity.
“Under this circumstance, there is no other viable option than a proper state of emergency otherwise we will just be beating about the bush. No solution is coming from anywhere. This is not to say that the governor is not doing anything; the man seems overwhelmed.
It is not only in Kaduna; it is the same situation in Niger, Zamfara, Katsina, Borno, Yobe and Adamawa states. There is need for a uniform but drastic action in all these areas where you have these problems of massive killings and abductions on a routine basis “The way it is now, there is no question of declaring a state of emergency where the political structures remain.
No, that’s beating about the bush and it is evasive. I am talking about a state of emergency in the strict sense of it whereby the political authorities will give way to military or quasi-military administrators,” he said. The ex-military top brass said that though some Nigerians may kick against his recommendations because of the fact that Nigeria is under democratic rule, avoiding these drastic measures might endanger democracy more as these terrorists and bandits will not willingly surrender until the full might of the Nigerian military was brought upon them.
He drew a comparison between the state of emergency declared by President Olusegun Obasanjo in Plateau and Ekiti states and that declared by President Goodluck Jonathan in Borno, Yobe and Adamawa states, noting that the former proved more effective than the latter in tackling the security challenges during those periods.