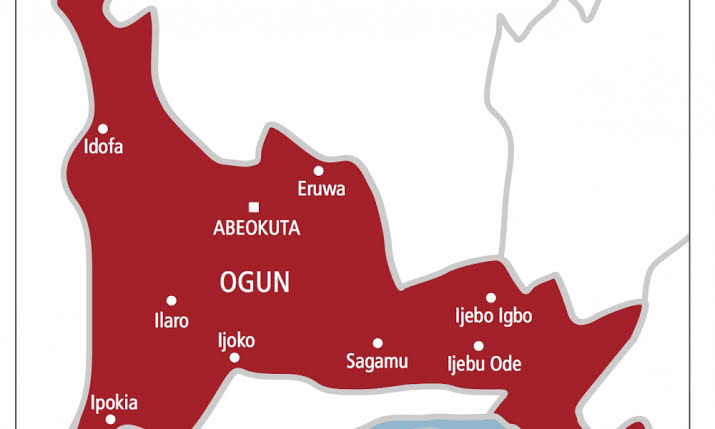 Eagles eye reporter gathered that, the Ogun State police command has arrested four cultists during a supremacy battle between members of the Aye and Eiye confraternity in Atan Ota, Ado Odo Ota Local Government Area of the state.
The suspects, Olusegun Owoola (26) Gbenga Akinkade (34), Jinadu Waliu (30) and Sanni Hammed (27), were arrested following a distress call received by the Divisional Police Headquarters, Atan Ota.
The DPO of the Atan division had received credible information that the cultists were on rampage and unleashing mayhem at Hotel Road area in Atan, Ota. This prompted him to mobilize security operatives to the scene to arrest the criminals.
Upon arrival at the scene, the two rival cult gangs were engaging themselves in a gun battle. The police operatives engaged then and subsequently overpowered them, arresting four of them at the end of the encounter.
Items recovered include; locally made pistol, three live cartridges, two knives, iron rod and assorted criminal charms.