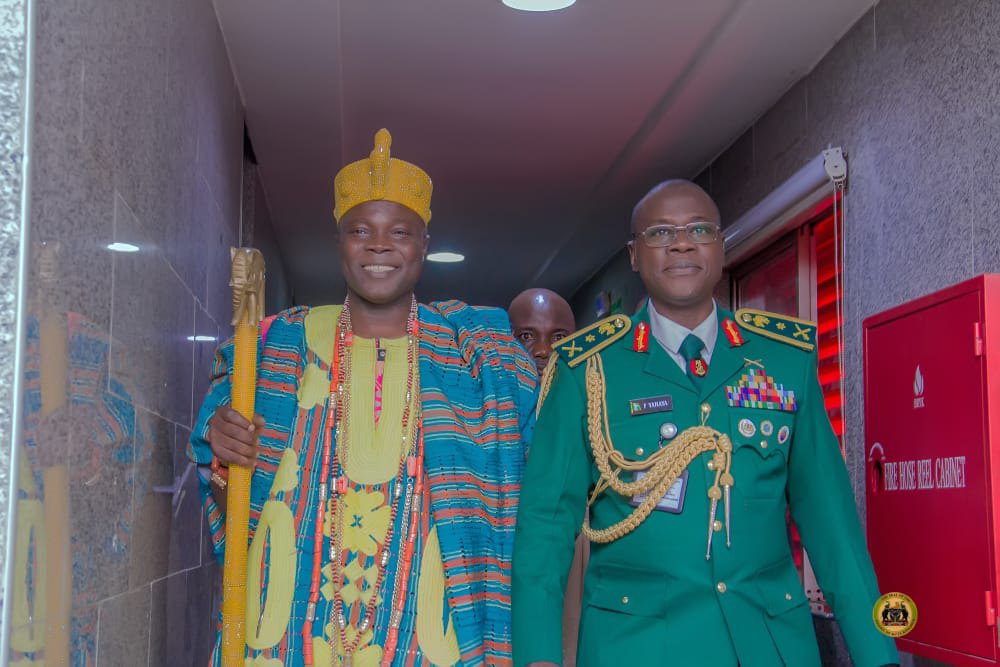 Major General Faruk Yahaya, the Chief of Army Staff,  has pledged a renewed commitment to the country's armed forces to sustain the peaceful co-existence of Nigerians irrespective of ethnic, religious, cultural and political differences.
He stated this when he received the Olowu of Kuta, Oba Ahmed Oyelude Tegbosun III, in Abuja when the latter paid him a courtesy visit in his office, at the Army Headquarters,
Abuja. 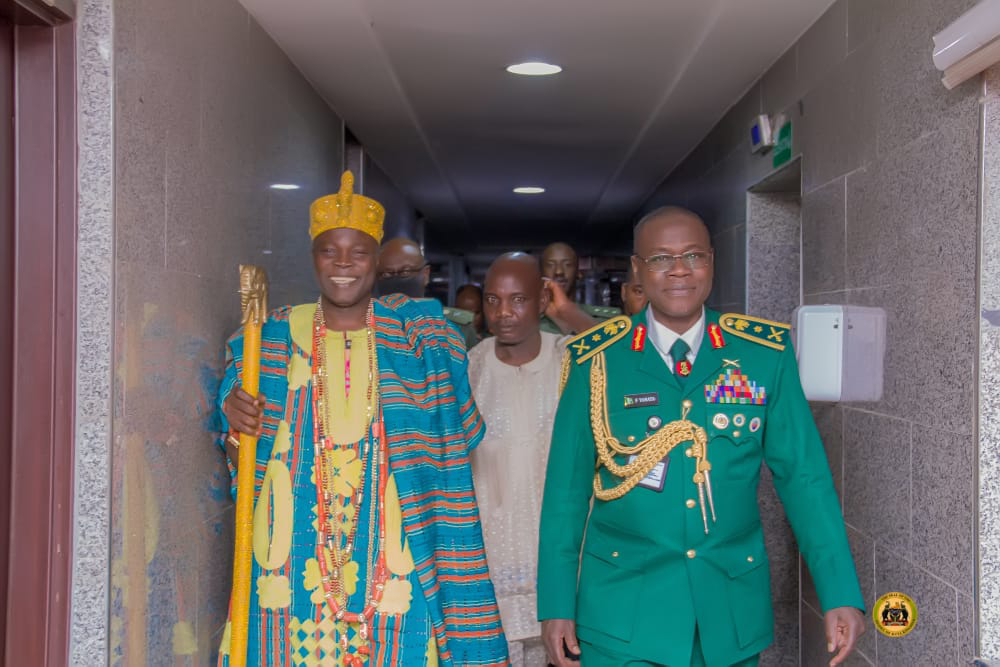 He further lauded traditional rulers in the country for their fatherly role and rising above primordial sentiments on matters affecting national
security and the corporate existence of Nigeria.
Major General Faruk Yahaya added that their tremendous role goes a long way in mitigating security challenges in different parts of the country. 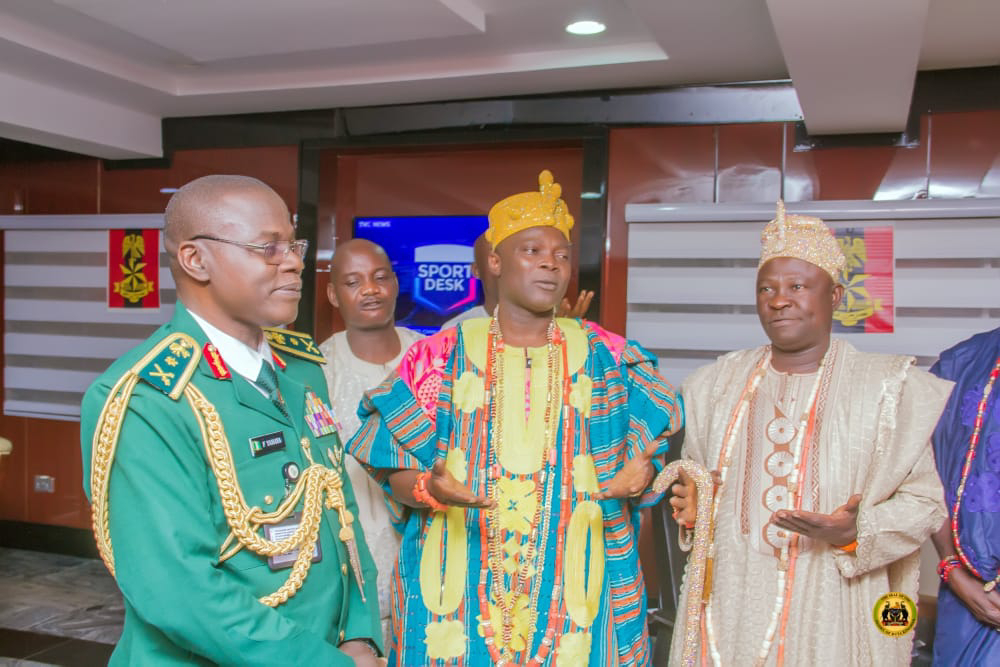 The General commended the consistent efforts of the Olowu of
the Kuta Kingdom in supporting the military and security forces in the country and said that his efforts of building bridges of understanding among Nigerians are worthy of emulation.
Major General Faruk Yahaya  urged Oba Oyelude to intensify efforts at making the traditional institutions reliable partners in the Nigerian project, particularly the need to ensure citizens commitment to patriotism and socio-economic and cultural integration of her vast populations.
The Chief of Army Staff also said that the Nigerian Army would continue to discharge its Constitutional duties professionally and dispassionately for the benefit of all Nigerians. 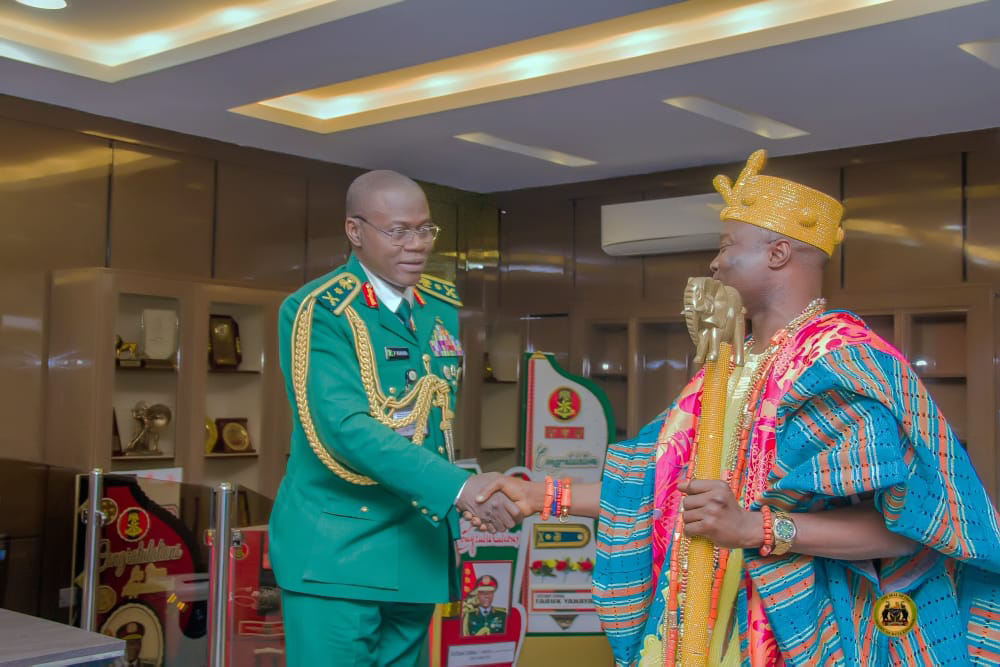 Stating the purpose of his visit earlier the Olowu of Kuta said he was at the Army Headquarters to commiserate with the Chief of Army Staff, and also to congratulate him over his well-deserved appointment, observing that his competence and experience will come in handy in the discharge of his duties.
The traditional ruler promised to rally other traditional rulers behind government policies and programmes that will guarantee the peaceful co-existence of Nigerians and be in the vanguard of ideas that will continue to secure the country from internal and external threats.
He called for more support for Nigerian Army and advocated for more synergy and cooperation amongst the military for peace, unity, security and development of Nigeria.