ROBBERS RAID BANK IN ONDO, KILLED POLICE AND TWO OTHERS. 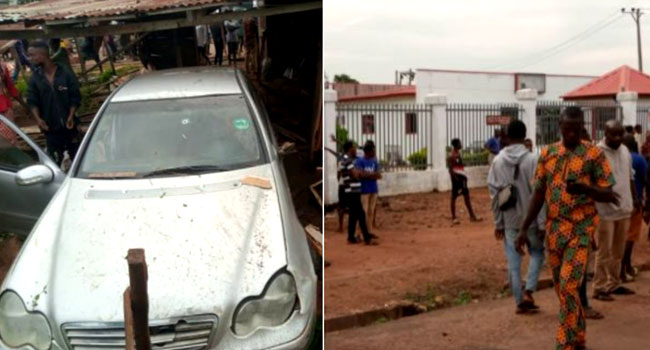 Three persons, including a policeman, were killed on Thursday as armed robbers stormed a bank in Ilara-Mokin, Ifedore Local Government Area of Ondo State.
Eagles eye reporter gathered that the criminals operated for several hours without any resistance from security operatives.
Source say that they used dynamite to blow off the doors and other security-coded vaults within the bank to cart away an unspecified amount of money.
It was also reported that, a journalist identified as Olubunmi Afuye and a commercial motorcyclist were also killed during the raid.
The journalist had recently resigned from one of the state government media stables to join a private university in the town as the Public Relations Officer (PRO).
As of the time of reporting this incident, it has not been ascertained how much the robbers succeeded in carting away and what other valuables were stolen.
Normalcy has meanwhile returned to the area as residents go about their business