EFCC DENIED REPORTS THAT IT STORMED THE HOME OF JUSTICE MARY ODILI FOR A SEARCH. 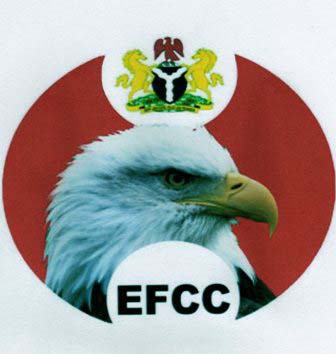 The Economic and Financial Crimes Commission, EFCC, has debunked reports that it stormed the home of the Chief Judge of the Supreme Court, Justice Mary Odili, to execute a search.
Reports circulated online on Friday, 29th October, indicating that security operatives stormed the Abuja home of Justice Mary Odili in an apparent attempt to search it.
Justice Odili is the wife of Peter Odili, a former two-term governor of Rivers State, who is currently being investigated by the Economic and Financial Crimes Commission (EFCC)
The agency has although responded to the alleged invasion via a press statement issued by its Head, Media and Publicity, Wilson Uwujaren on Saturday.
Below reads the statement;
"The attention of the has been drawn to claims in a section of the media that operatives of the Commission today, October 29, 2021 stormed the Maitama, Abuja home of a Judge of the Supreme Court, Justice Mary Odili, purportedly to execute a search.
"The Commission by this statement wishes to inform the public that the report is false as it did not carry out any operation at the home of Justice Odili.
If there was any such operation as claimed by the media, it was not carried out by the EFCC.
"The Commission enjoins the public to discountenance the report."