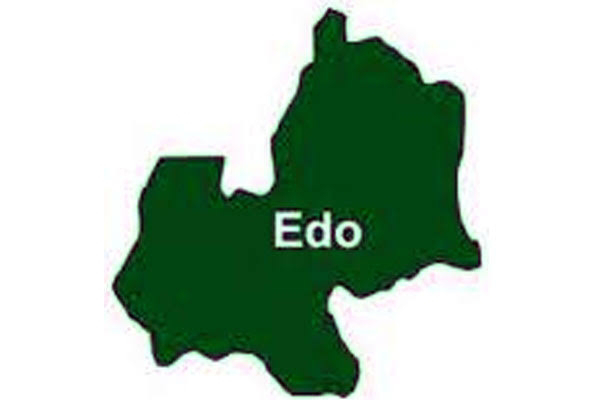 Eagles eye have gathered that, The combined efforts of locals, vigilante groups and security agencies geared towards ridding Uzebba, Owan West Local Government Area, Edo State of kidnappers, drug barons and armed robbers, recorded a boost this weekend, as a group of suspected kidnappers were arrested by vigilantes in one of the forests.

Eagles eye reporter is privy to a recorded confession of some of the captured criminals, who are mostly young men under the age of 30.
According to the taped confession by the arrested suspects, the kidnappers mostly disguise as farmers but engage in the business of illicit drug cultivation, while setting up kidnapping cells at different parts of the forests, from where they plan and execute their heinous crimes.

The Kidnapers are also said to take advantage of their familiarity with the expansive terrain to beat security agents, while carrying out their criminal activities. In the confessional video, one of the suspects said members of the gang use separate points for entry and exit in and out of the forest.
Recall it was reported how the criminal elements had set up functional kidnap and hostage taking cells in and around that some location.
Residents, indigenes and stakeholders in that report had wholeheartedly called on the State and Federal Government to come to their aid, in order to prevent a situation they said has made their communities a shadow of their former selves, due the activities of the dare devil kidnappers and armed robbers.
Efforts of the locals and the vigilantes meanwhile paid off this weekend when they ambushed and succesfully arrested four out of five members of a suspected kidnap group, before being handed over to the Police.
In the recorded confession, four of the suspects were caught and physically restrained. One of them, whose name was given as Saturday, alias Kposha reportedly narrowly escaped.
Reporters sought to know why the vigilantes extract a statement from the suspects before being handed over to the Police. One of the personnels, who spoke under anonymity said they do that for security reasons.
"It's not doing the work of Police. Instead, it complements it. We do that so as to have something to use for investigations in case the suspects decide to be funny later. It happens a lot. Whether it is admissible evidence or not, it is still a form of evidence. With that in hand, it reduces the chances of the criminal going rogue or messing up investigations", he said.
One of the suspects, who is obviously the youngest among them, due to his looks, gave his name as Emmanuel. He said he is also known as Epa in the Community.

Emmanuel who seemed not to be under any kind of duress, said he knows the other guys as kidnappers. He said his mother always prevent himself and his siblings from associating with them because she knows they are criminals.
The young lad, although said that he agreed to be out on that faithful night with them because they told him to come help them load some Cannabis Sativa (Indian hemp) into a vehicle for onward transportation to a yet to be identified place.
Emmanuel was apparently oblivious of the fact that dealing in illicit drugs was a crime in itself. He also said that the person who ran away on that night is group ring leader. He also said he knows a man who acts a the boss. He promised to take security officers to his residence at Uzenna town.
The suspects were subsequently handed over to the Police at Uzebba town. They are said to be co-operating in terms of investigation. The Police Force had yet to return calls or answer to messages as at the time of filing this report.
Members of the community once again pleaded with the State and Federal Government to intervene in the security plight of Owan East and West Local Government Areas of Edo State.