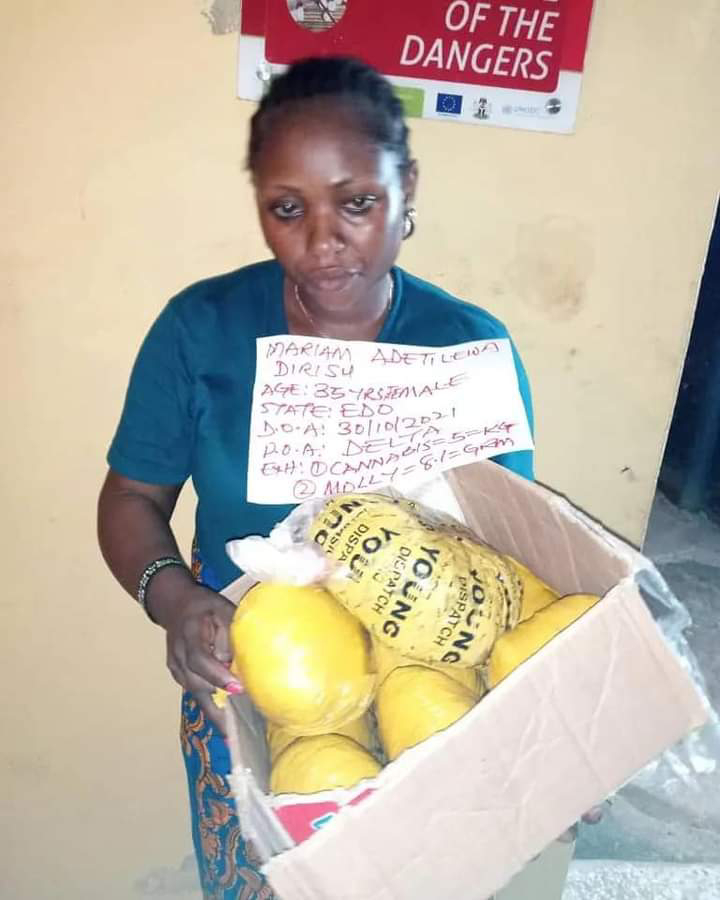 In a bizarre incident, Mariam Adetilewa Dirisu, a nursing mother who claims to be a final year student of the University of Benin, who was last week arrested and granted bail for attempting to smuggle drugs concealed in cassava flour (Akpu), for a suspect in NDLEA custody in Benin, has again been arrested for trafficking in 5kg skunk and 8.1 grams of substances suspected to be Molly.
Mariam, the 35 year old mother of a 2 month year old toddler was first arrested on the 21st of October by the Edo state Command of NDLEA, Chairman of the Agency, Brig. Gen. Mohamed Buba Marwa (Rtd) had on the same day directed that she be counselled and released immediately because of the young baby she was carrying. 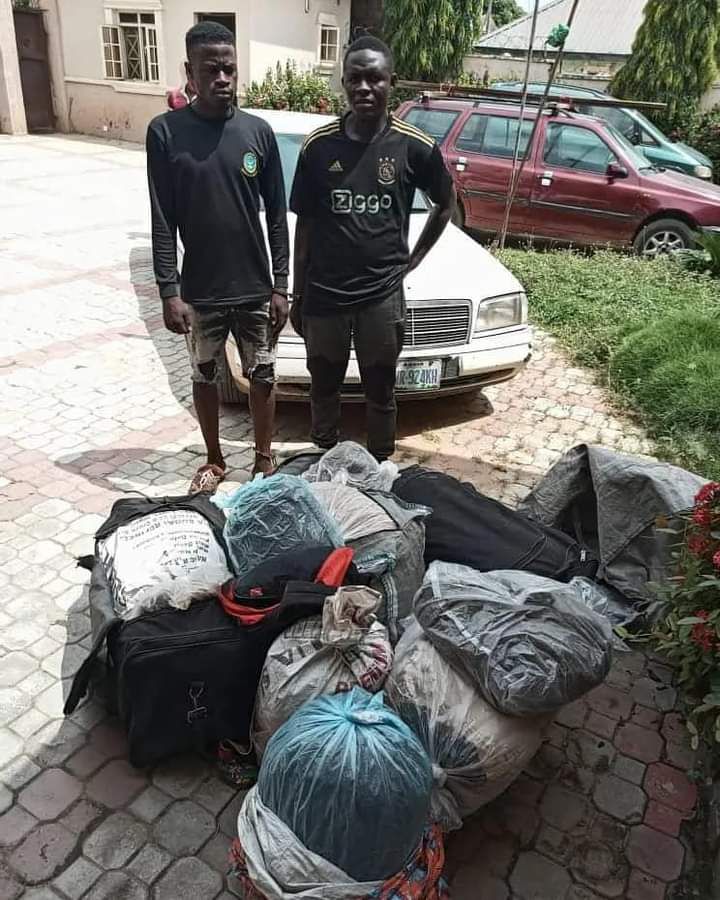 Curiously, a controlled delivery operation carried out by Operatives of the Delta state Command of the NDLEA on Saturday 30th October again led to the arrest of Mariam who had ordered for the drugs from Lagos even while still on bail for an earlier offence.
The agency also recorded a major feat in the fight against illicit drugs in the Country, over the weekend. The Agency arrested 2 fake security agents, nursing mother, recovers 1,769kg of narcotics. 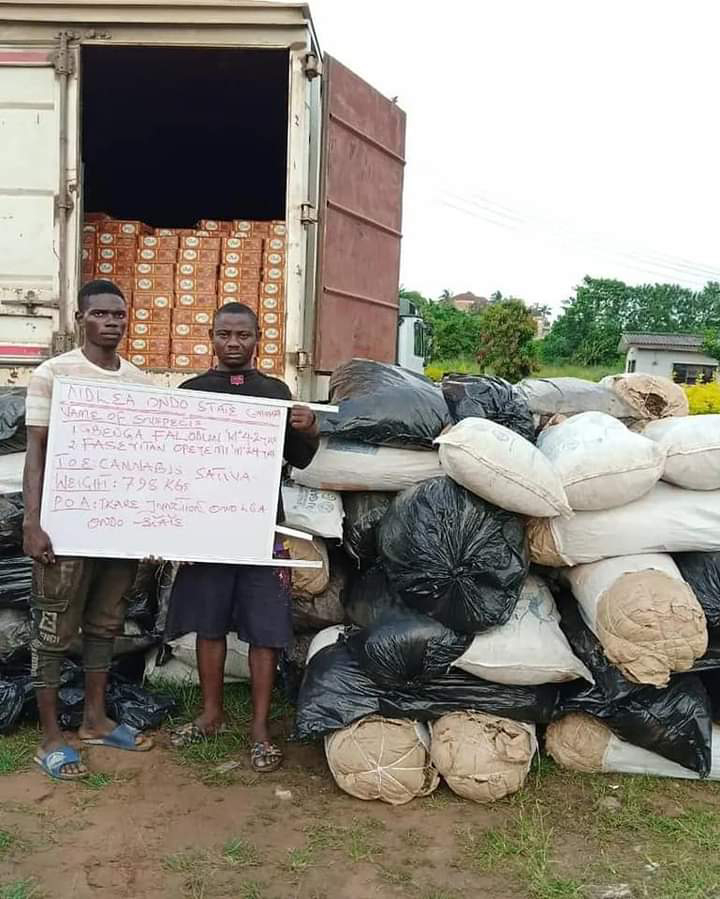 Efforts by drug cartels to export large quantities of Cocaine, Heroin, Methamphetamine and Cannabis to London, United Kingdom through the Murtala Muhammed International Airport, Lagos have been scuttled by operatives of the National Drug Law Enforcement Agency, NDLEA.
The NDLEA during an outward routine clearance of cargo at NAHCO export section, intercepted 20 parcels of Cocaine weighing 1.2kg. They were concealed in packets of Zee black soap; 23 parcels of Heroin weighing 1.4kg hidden in packets of Zee black soap and 39 parcels of 2.35kg Methamphetamine concealed in Dudu -Osun black soap packets.
Days earlier, a similar cargo had been intercepted at the NAHCO section of the MMIA, where 7.35kgs of Cannabis concealed in some tablets of Dudu Osun black soap. Three suspects were arrested in connection to the seizures.
In Ondo State, no less than 1,645kgs of Cannabis were seized in three operations in parts of the State. Operatives stormed Emure cannabis farm camp where 313kilograms of cannabis were seized. 7 suspects were arrested.
The previous day, a raid of the Ipele-Idoani forest where 534kgs of abandoned compressed cannabis were recovered just as a total of 798kilograms of cannabis were seized from two suspects at Ikare junction in Owo. Recovered from them were a white Mercedes Benz truck Lagos LSR 06 XW and monetary exhibit of N20, 000.00.
The Agency also raided three black spots in Oshodi, Ikeja and Ogba areas of Lagos State at different dates in October. This led to the arrest of a 15-year-old female SS II student of Idi - Araba Senior High School, Walaka Adams, who was arrested at No. 72 Mafoluku Road, Oshodi, with 100 grams of cannabis sativa.
Sodiq Ganun, a 24-year-old welder was arrested with 200grams of cannabis at the same address and Tajudeen Azeez, arrested at Ipodo, Ikeja, with 9 grams of Cocaine. At a drug joint in Ogba area of Ikeja, different quantities of abandoned drugs such as Molly, Rohypnol and Codeine based syrup were recovered.
Brig. Gen. Mohamed Buba Marwa (Rtd) commended the Officers and men of the MMIA, Delta, Ondo, Kogi and Lagos Commands of the Agency for not resting on their oars. He charged them to keep their heads up as the war is far from won.